This is part two of my short blockchain series. You can read first article here

Blockchain as a niche of safety

I want to start by emphasizing the importance of moment in technology. You have to understand that artificial neural networks are at this moment 75 years old computational model and that there were many attempts of utilization during the course of these years. What makes last few years different to anything we’ve seen before is advancement in supporting tech, all the stuff that is needed to support the model have finally caught up and are now at the level needed to efficiently utilize it.

I think we should put every new technology into this perspective as well when thinking where it is going to be in the future, and here are some of my takes on future of blockchain, currently feasible ones and some that need more time to develop supporting tech and adopt new ways.

Public records are problematic everywhere, there is always some issue, some piece in ownership history missing, tax transaction being vaguely recorded or even birth and death records being tampered with (think fraud in public vote and professional sport).

On the other hand there is always an access issue — who can access your ownership data in public real estate record? Wo gives the access? How is it done? How can it be used? And, who writes to it?

Blockchain solves all of these, it’s very concept was actually born as solution for notary database and grew to what it is right now.

In general sense, biggest problem with real estate market is that real estate is an investment. Apart from mostly being housing and space for housing, it is very valuable asset and for those ownership matters. Ownership matters even in historical sense — knowing who owns and who owned what before becomes important.

This is also information that should be private. Even tho it is subject of lots of laws and regulations, the only important public info is whether property is in transition or dispute, everything is subject of validation process.

To illustrate, if you are buying a house, or selling it, data keys are exchanged between two parties so each party can see private details about properties in order to confirm the value, ownership and any specifics on the property in question. When that is confirmed, parties agree and transaction is issued, in this case there is special condition that checks database for any irregularities and disputes or any other conditions that may influence this transaction, when all checks are done, new ownership over certain property is recorded and everything else happens outside the blockchain (money changes hands etc).

For birth, marriage and death certificates, it is all about clean and untouchable data and you can easily achieve this by using blockchain — you do not even need many nodes, but it is really essential that bodies with totally different interests in the matter own nodes.

Taxation and insurance are lot more complicated subject, apart from major part of tax records falling into above category of untouchable data.

To have purposeful system that improves current state of insurance and taxation ecosystem there is loads of work to be done, there are currently initiatives by big insurance companies (search: b3i blockchain initiative) and big governments (search: China blockchain taxes) that are doing research into this area. All of the research that is being done mostly revolves around something that Ethereum network calls “smart contracts” — the ability of the blockchain to execute preprogrammed actions when certain conditions are met.

What this implies is that if whole thing is to work the way we would love it to, there would have to be a network of different blockchains (which are networks as well of course), scaling to world population proportions and doing sets of different validations and inter network(blockchain) exchanges to be able to determine conditions in order to execute super complex contracts that represent financial laws for example.

As an example, a user story, think of person moving to another country, changing the company and residence mid year with this automated system needing to handle all the transitions between different rules. One blockchain will hand over birth records to blockchain that will process residences and connect visa dates to signed contract dates. The taxation blockchains will then exchange data to apply new rules, and ids of general data will be connected to newly formed files in global blockchain of private records. As an ultimate task global blockchain system would have to recalculate, validate, store and execute payment of tax return based on a year person worked in two countries with different tax laws. Maybe add owning a property in one country and having just bought one, with big bank loan as a result, in other? And all of this would happen in highly distributed (decentralized) network of decentralized networks with anonymized communication and protected private data. It would just require you to request this change with your private encryption key (which can be retinal scan). Epically performed thought experiment with utterly unrealistic expectations, but just imagine… I assure you that there are no technology impediments to achieve the above.

It is probably not far away from truth that is either distributed global network of private and governmental data ledgers that are providing fine granulated role based access and control, or the global government (which is not a necessarily a bad thing if it is a good proper government and not Alphabet or whatever). It is all out there, I know.

Bare in mind that it took several months (maybe even years?) for people to adopt P2P networks as a way to safely download entertainment content. What we are talking about is lot more complex to implement and less essential for day to day life, so give it couple decades (if we do not fry each other by that time, that is).

In lots of commercial and some other aspects of every day life of the world, there is constant need for additional audit, additional check, higher reliability of some event tracking etc. The goal of all current experiments and adoptions is for blockchain to get in these aspects of life and provide higher value of truth.

Here are some immediate applications with quick review of feasibility, or expected speed of adoption. I also recommend searching for each of the applications because you will for sure find something interesting to read there.

Humanitarian aid — this is a big niche that desperately needs loads of control on spending, transport, and all other origin to destination problems. General humanitarian work would also benefit of the ability to provide people with safe and robust identity solution that can be used in distributed system between humanitarian bodies, like UN bodies, NGOs and international movements ( AI, Greenpeace… ). It is probably quite slow process, but I’d expect lot of people to volunteer at some point — there have already been some organized discussions between UNICEF members and blockchain experts.

Fair trade and direct trade — this is obvious one, the very purpose of the fair and direct trade initiatives is to keep close record and have a way of providing public with a confirmation that certain products are giving direct benefit to people who are most involved in producing it. Since it is all about proof, distributed data system with right interfaces should always be able to provide us with full path from the field to full product. Educating people to reward fair and direct trade products can’t be handled through blockchain, but you already knew that.

Organic food — same as above, but with the emphasis on locations, seeds, fertilizers, food and distribution network.

Freshness — Time spent on the shelf heavily influences the price of fruit, vegetables and flowers, this is known as one of the zones in trading industry where most of data (or more precisely date) forgeries happen. Because there is lots of money involved there is big initiative going on supported by big food stores in US. Of course, as a bonus, we can use the same system to automatically recall expiring products.

Vehicle mileage, services, tune-ups etc — Logically enough tracking these is always challenge, since every era has its ways to change the data everyone desperately need to know when buying a car.

And almost anything else in the world that would benefit from highly reliable, immutable, unchangeable and highly distributed database.

With ability to execute code in the process of block creation, blockchain is sparking new era of distributed computing. Further analysis is related to Ethereum network and similar blockchain implementations that allow distributed code execution.

This means that now everyone who is involved in some blockchain related system, or more precisely everyone who runs the node of the system can opt in to execute pieces of code in this process.

This code is currently mainly used as a contracts — when executed, it checks if certain conditions on the network are met, and if they are, executes method which usually just performs transaction between two parties.

It has been said many times in the last year or so that crypto is killing SETI, and it is basically true. Lots of people who were donating their computing power to SETI@home have been using the same computing power to mine Bitcoin or other cryptocurrencies. But can blockchain based code execution also mean new era for projects like SETI@home? We can most certainly use global distributed computing systems to do stuff like this, and I believe it is a path to having supercomputer scale power available to lots of scientific minds around the world… But we still have to overcome a lot of technical immaturities.

Cryptocurrencies are the solution and a problem

As you see, cryptocurrencies are opening the door for a lot more important technology concepts which are, in my opinion filling in some really big gaps that we had on our way to brighter future. But how about cost of progress.

Direct cost is the same cost open market, all democracies, some open source projects etc have payed at some point in time. Giving everyone high level of freedom (not to mention anonymity) will always open some niches for bad people to operate in. Freedom that cryptocurrencies give us quickly generated hidden network of marketplaces for illegal activities like drug trafficking, guns, hired guns, assassinations, human trafficking and worse. There is enough to be read about Silk Road on the internet, I just want to mention the fact that FBI seized total of more then 200K (two hundred thousand) BitCoin from it. This money is (supposedly) “liquidated” and all that happened in that area is one of the direct costs of the progress (along with FBI agents wages and everything else included in final cost of described above). 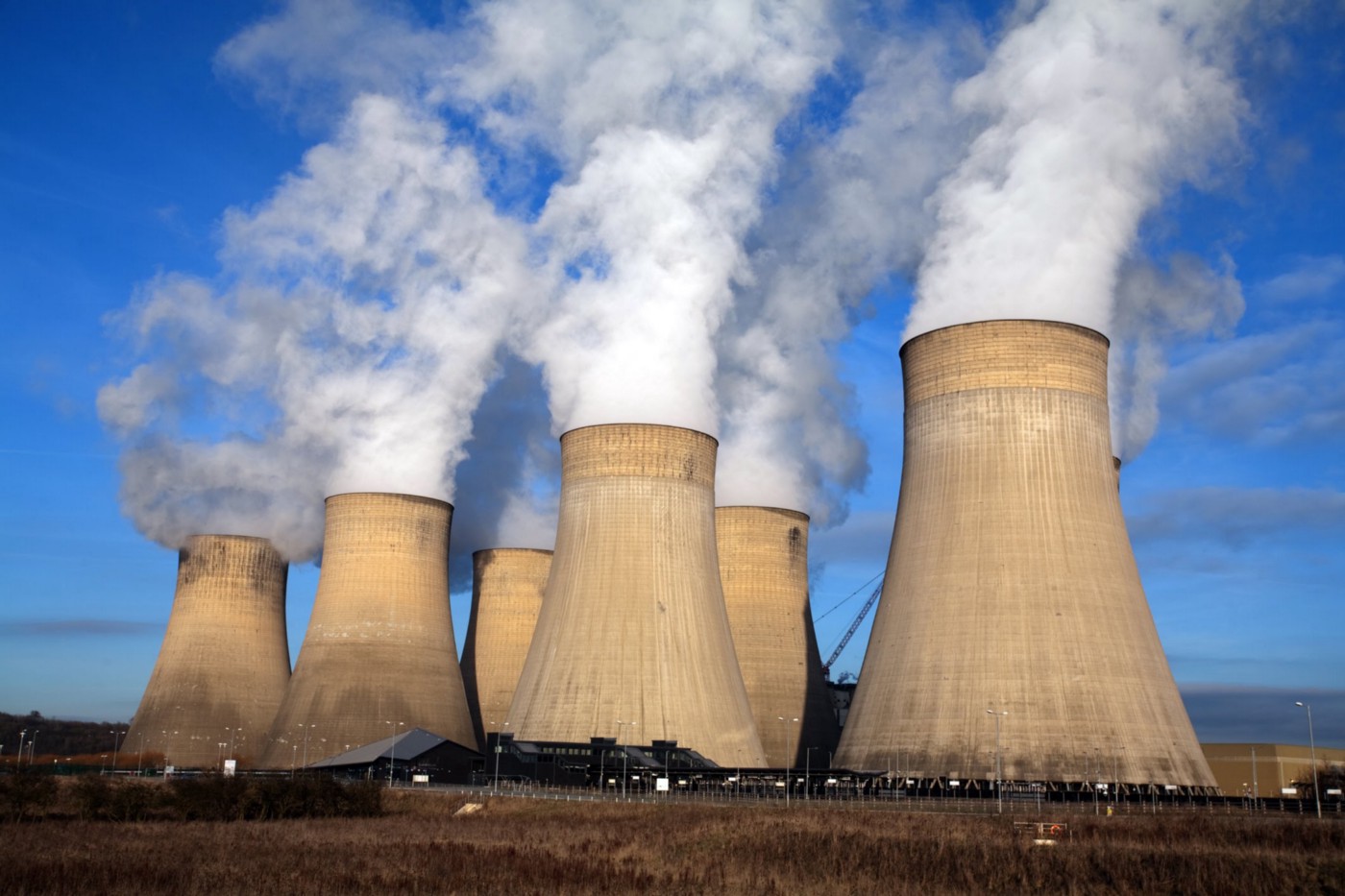 As thankful as scientific techie futurist can be, I would like to kindly ask crypto currency world to get their shit together and start merging tech and resources, because thousands of currencies are not going to solve the fact that Bitcoin mining is not energy optimized, it is so processing heavy that processors running mining are consuming maximum amount of power they can.

Bitcoin mining in the world is consuming almost as much power as Switzerland, meaning that this year it would probably be more then that. To elaborate on this issue — Switzerland is energy optimized country with really low carbon footprint, but very expensive electricity. Power spent on mining Bitcoin is mostly used in countries with low energy price and burning coal as a base source of electricity — meaning that Bitcoin has (probably a lot) larger carbon footprint then Switzerland.

Our children do not need Bitcoin (crypto currencies in general) if mining does not get lot more energy optimized, but I think they can find pretty good use for a blockchain based solutions. Blockchain technology adoption and research are key to both so let’s continue research in blockchain field.